Rashmi has been conferred several international and national awards and recognitions. These by several governments of countries, academies and organisations.

Winner of ‘The Best of the Best’ World Gourmand Awards in Paris (2009), in Frankfurt (2008) and Kuala Lumpur (2006) for her books, she has been awarded the ‘Experience Singapore’ award in Singapore and the ‘Atout France Best Media Personality Award 2010’ by the French Government.

KNIGHTHOOD FROM THE GOVERNMENT OF FRANCE

This prestigious international honor is conferred on “persons who have distinguished themselves by their creativity in the field of art, culture and literature or for their contribution to the influence of arts in France and throughout the world.” Some noted recipients of this honour in the past include Shahrukh Khan, Aishwarya Rai, George Clooney, Audrey Hepburn and Sean Connery. 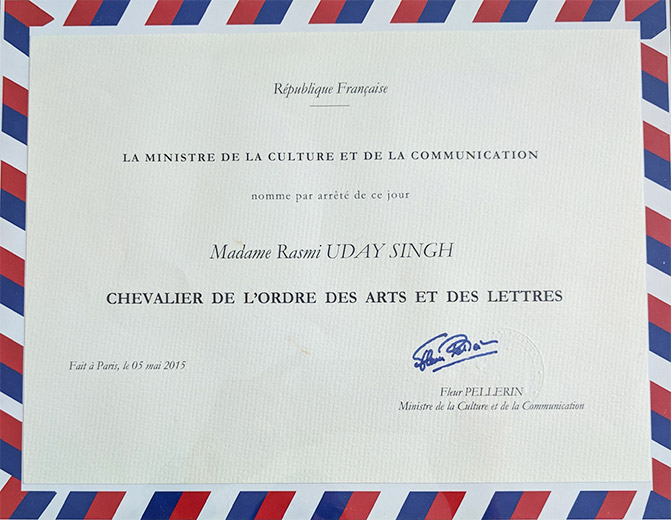 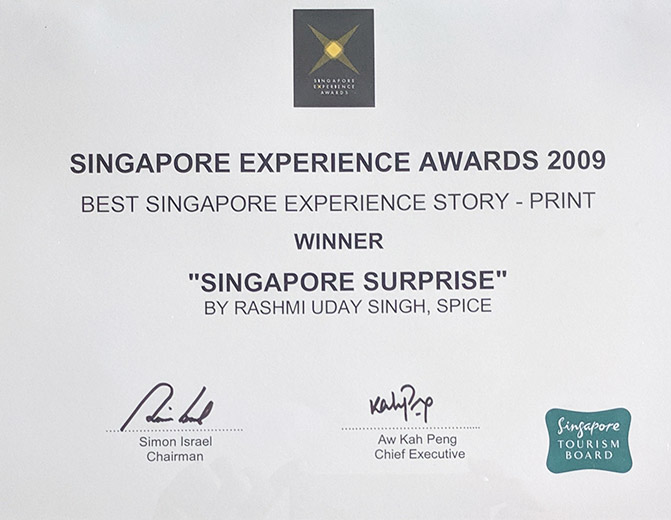 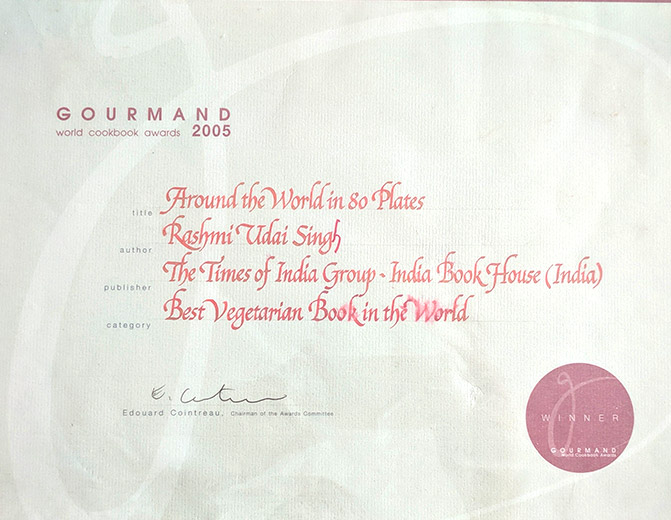 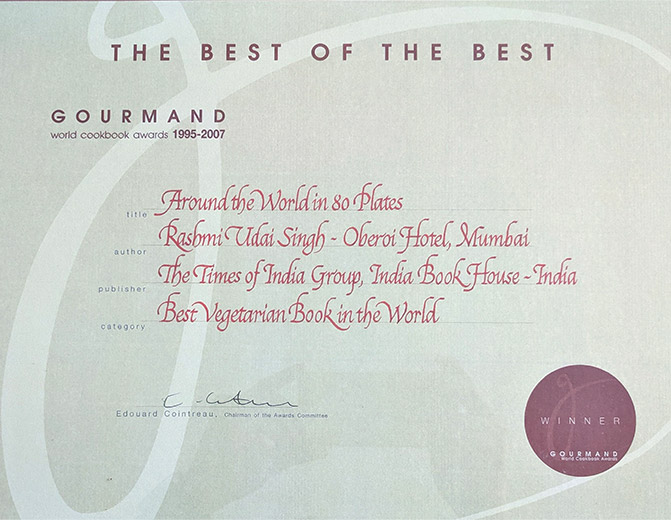 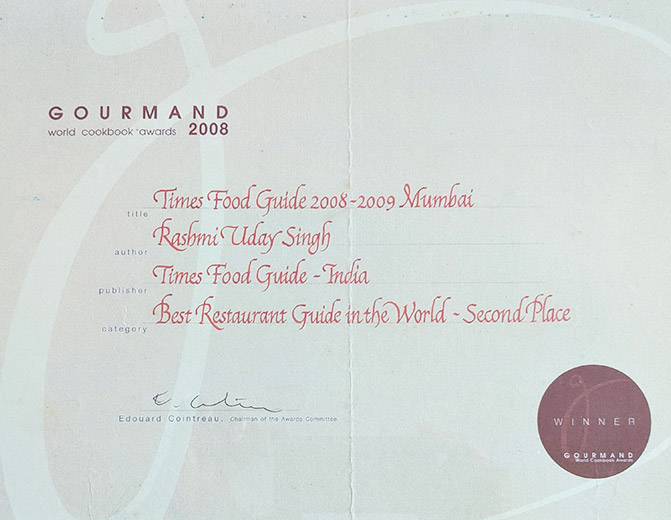 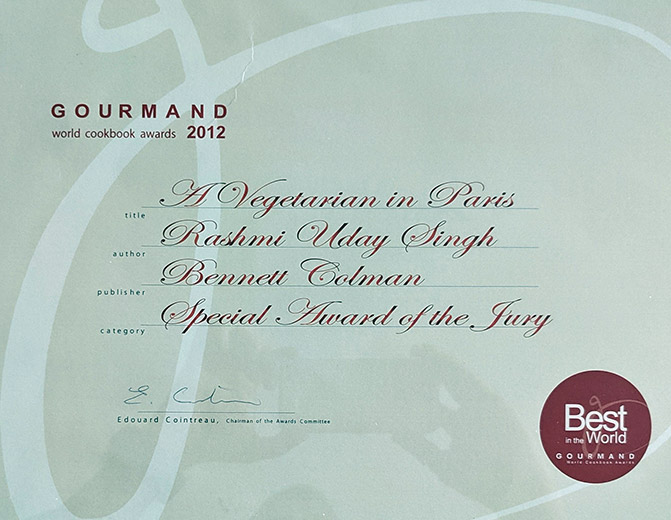